Reasons For The Collapse Of Left 4 dead 2 | Why people lost interest in Left 4 Dead 2: Left 4 Dead 2 is a cooperative first-person shooter video game developed and published by Valve Corporation. The sequel to Studios’ Left 4 Dead, the game was released for Microsoft Windows and Xbox 360 in November 2009. 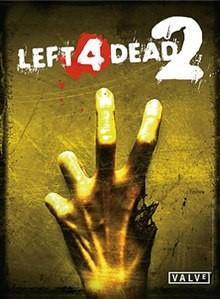 Set in the zombie apocalypse, Left 4 Dead 2 (L4D2) is the highly anticipated sequel to the award-winning Left 4 Dead, the #1 co-op game of 2008.
This co-operative action horror FPS takes you and your friends through the cities, swamps and cemeteries of the Deep South, from Savannah to New Orleans across five expansive campaigns.

You will play as one of four new survivors armed with a wide and devastating array of classic and upgraded weapons. In addition to firearms, you will also get a chance to take out some aggression on infected with a variety of carnage-creating melee weapons, from chainsaws to axes and even the deadly frying pan. 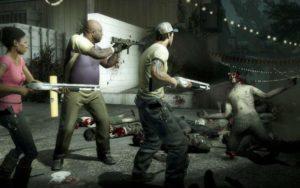 Left 4 Dead 2 is a co-operative online multiplayer survival horror and first person shooter game with opposing teams of four players each. One team takes on the role of the survivors of a zombie apocalypse while the other team assumes the role of powerful zombies. The teams then work against each other trying to achieve their objectives. For the Survivors, the goal is to fight back the zombie onslaught and have at least one survivor make it to the safe room. The primary goal of the zombie team is to prevent the survivors from making it to the safe room by killing all four. The zombie players have a number of special abilities and powers along with hordes of “normal” zombies that assist in trying to take down the survivors.

Once a team has achieved victory, the will switch sides with the former survivors becoming zombies and vice versa. The game continues through a set of best of five matches. Left 4 Dead 2 also includes some variant game modes as well as multiple maps and environments which feature close quarter buildings as well as more open outdoor environments. 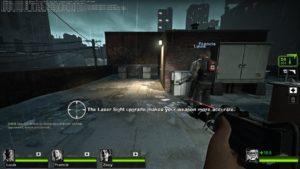 The major cause for this was the Valve Corporation itself. When they were having the huge fan base, they failed to protect them against hackers and trollers. The users kept on reporting a good amount of hacker in the game but Valve anti-cheat was not sufficient to detect them and take vital actions to stop the hacking. Even after reporting, the Valve mechanism used to take a long time to ban them. 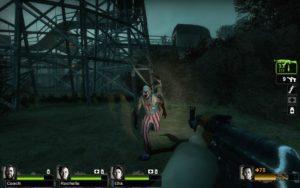 The other reason for the downfall of the “Left 4 Dead 2” was the piracy. Back in 2009, there was not much awareness about piracy and legit games. Kids used to play pirated games, which in some place affected the mind-set of the users, which were down to get a legit copy of the game. Left for Dead 2 did not received much of the new users after the first year of the game.

Yet the game is fun to play if you are a fan of Zombie games and fascinate to survive along the darkest nights for the fun.

How To Delete / Remove Friends In PUBG Mobile

How Much Data Does PUBG Mobile Use

How To Land Parachute Faster In PUBG Mobile