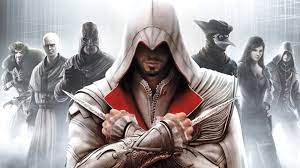 Every gamer new and old has played or at least heard of the Assassin Creed sequel. The action-packed game features everything a player is looking for. There’s blood, gore and plenty of history for you to reminisce on.

Since the first release of the game in 2007, there are several other series that have come out. Every hardcore PC gamer probably has all of them in their collection. If you don’t already own them and are considering buying the games, here is a full list of the Assassin’s Creed games in their sequential order for you to play on your Fierce Gaming PC.

When Assassin’s Creed first came out, it was quite the eye-catcher. It had a unique storyline based on the medieval era of the Middle East, which was the origin of the character Altair Ibn La-Ahad who was the assassin.

Unfortunately, players who had the privilege of playing the game then commented on how repetitive the game was. The builders of the game, however, used its success as a launching pad for the series that were to follow. Seeing how successful it became, it’s safe to assume they didn’t repeat the same mistake.

Anxious gamers had to wait at least two years before the follow up to the original was released. In the second release, the Middle East medieval era is at the rearview mirror. The assassin is now in Italy and in the Renaissance Era.

Build on the potential and support from the first release, Assassin’s Creed II quickly became the most beloved of the series. It had the most likeable protagonist (Ezio Auditore da Firenze) not to mention there were tremendous improvements to the game and gameplay which helped to make it more diverse and enjoyable for the platers.

The new addition picks up where the former left off. It doesn’t deviate much from Assassin’s Creed II. The new game has a better management system that allows the player to recruit people in the game as assassins who they can call for help when at war or send on missions and get rewards.

While each game in the sequel packs a surprise, there’s no doubt about their dedication to releasing the games around the same time. It’s also evident that the next game is always better than the last.

As in the Bible, Revelations is also the last chapter in Ezio’s story. The storyline shifts from the Italian cities and is not set in the centre of the Ottoman Empire in Istanbul. Most of the primary mechanics of the game remain the same.

In this series, Ezio finds out that Altair has sealed an ancient artefact that could help him wipe out the Templars for good.

As Ezio fights to find the sealed relic, Desmond is trapped inside the Animus 2.0 and has a relic of his own that he has to find – a key memory that will help him link up with Altair and Ezio. This key memory will also help him wake up from his coma.

Other than the seemingly interesting story, the game also added a ‘Hookblade’. This new gadget allows the character to use zip lines to move around the city. There are also additional assassination opportunities.

Times have passed since the first Assassin’s Creed was released and the storylines and timelines keep changing as well. In the fifth edition, the timeline changes once more to the American Revolutionary War in the 18th century.

Ratonhnhake:ton – the assassin takes up an alias Connor to better blend with the other Americans. The father of Connor in this series is a Grand Master of the Templar Order in the colonies. The events in the game are somewhat confusing and exciting.

Other than the change in the storyline, this edition also comes with some much-awaited changes like weather changes, some new weapons to try out, naval exploration and animal hunting. All these add a spec of entertainment and excitement to the game.

Black Flag continues in the Colonial Era theme, but its storyline precedes the events that occur in Assassin’s Creed III.

In this series, the main character takes up the role of Edward Kenway, who is the Protagonists in the previous game.

The game pivots focus on naval exploration, which is evident because of the pirate theme. Compare to the games released before Assassin’s Creed IV, this one has more of an open-world approach to it. You can upgrade your ship, build your assassin’s guide and you also get to enjoy improved naval combat. There are no major additions, but Black Flag definitely changes the tide of the sequel with the minor adjustments.

Before the release of the Assassin’s Creed Rogue, there was Assassin’s Creed Freedom Cry which was initially introduced as a DLC before it became a game of its own. The additions were minimal save for a few tweaks to the storyline.

Rogue is the last of the series to be set up in the Colonial era. It also has a unique twist where the player doesn’t assume the role of the assassin but instead takes up the role of a Templar. As you would expect, this requires a few extra tweaks to the game itself.

Other facets of the game like naval exploration (even though in an arctic setting) are carried on from the predecessors.

Assassin Creed heads back to European Cities. This time, the assassin is called Arno Dorian and operates in Paris during the French revolution in 1307.

Other than the storyline which feels like something straight out of a murder mystery sequel, the game also focuses on more destructive weapons like RPGs and accompanying elements.

Other additions include the better customisation of the character and your playstyle compared to what is available in the previous series.

Players could also enjoy the new cooperative multiplayer and save for the addition of more weapons, there were no significant changes to the game. This game runs flawlessly on our powerful gaming laptops.

Syndicate is set up in the Victorian Era in London. It peels away from the culture of the previous games of having one protagonist and has multiple including the Frye twins which remain playable through the extent of the game.

The aim of the game is to retrieve the piece of Eden in London. Considering the city is run by the Templar Grand Master, it’s no easy task.

There are plenty of challenges in the new edition to keep you distracted from the fact that no notable changes have been made to the game. As you would expect, the arsenal has expanded from the previous game, but unfortunately, the makers of the game boot the multiplayer functionality completely.

The game was almost a decade old and admittedly, it was beginning to stagnate. Before players could find it stale and boring, along came Origins with plenty of major changes to add some spice to the game and keep the loyal fan base happy.

Assassin Creed: Origins changed the settings and gameplay. Unfortunately, the environment was not modern. In fact, it went way back into Ptolemaic Egyptian times. However, you do get some new combat gear and RPG elements to give the old formula a fresh look.

Assassin Creed Odyssey was released in 2018. Even though it was released after the Origins, its storyline takes place centuries before. It focuses on the Peloponnesian War. In this game, you can choose which side you want to fight for, which is a great burst of fresh air. You get to pick from Alexios or Kassandra (both protagonists) who happen to be mercenaries and descendants of King Leonidas.

Other than the storyline, Odyssey pretty much follows the footsteps of Origins with plenty of RPG elements, an extensive assortment of weapons and a big, expansive world to explore. You also get a come-back of the naval combat like in Black Flag. 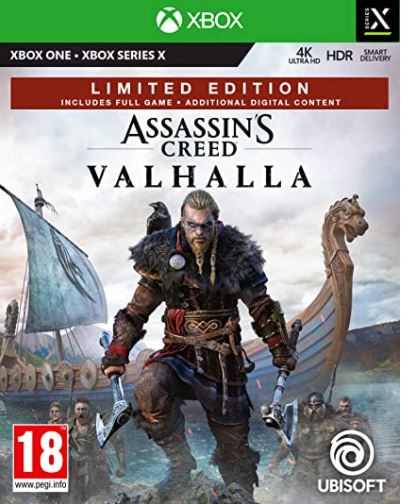 Assassin’s Creed: Valhalla is the latest Assassin’s Creed game. Released in 2020, is the twelfth major instalment in the series. Principally set in the years 872-878 AD, the game recounts a fictional story during the Viking Invasion of Britain.

Quite a few mechanics in Valhalla are similar to that of Origins and Odyssey, however there is more focus on the stealth aspects for both traversing the game world and in combat. The game also relies less on the traditional levelling system, and instead focuses more on the selection of skills through skill trees selected by the player as they advance through the game.

As with every great game, there are also plenty of spin-offs you can choose from which include Assassin’s Creed: Altair’s Chronicles, among others. Each of the spin-offs come with subtle changes that progressively make the game better.