Clash of Clans Mobile Data Usage | COC Data Consumption: Clash of clans is an online multiplayer mobile game in which you can join millions of players worldwide as you build your village, raise a clan, and compete in epic Clan Wars. It’s indeed a brilliant mobile game. So in this article, I will tell you how much MBs of data does the clash of clan mobile game consumes from my personal experience. 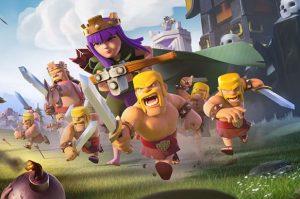 Clash of Clans won’t stuck or even stutter in slow speed. If you are using a 3G network, it is more than enough to play this game smoothly.

Every time you load your village it uses about 3 megabytes. Every time you hit raid, it’s .500 megabytes. When you raid, it is about 1 megabyte per attack. Surprisingly, the most bandwidth is used by purchasing gems, using Global or searching clans.

Overall, my phone tracks all data meticulously and it seems Clash Of Clans uses about 88 megabytes per month. I play it for about 40 minutes in total per day so your data usage will be in direct correlation to what you do and how long you play. I have no idea how it’s so efficient but it is impressive.

If you have an iPhone you can actually check how much internet the game uses (settings -> cellular and then scroll down). 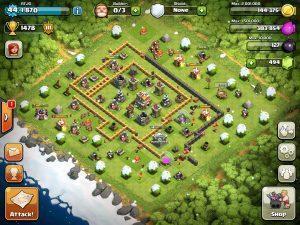 Clash of Clans is an online multiplayer game in which players form communities called clans, train troops, and attack other players to earn resources. There are four currencies or resources in the game. Gold and elixir can be used to build and upgrade defenses and traps that protect the player from other players’ attacks and to build and upgrade buildings. Elixir and dark elixir are also used to train and upgrade troops and spells. Gems are the premium currency. Attacks are rated on a three-star scale and have a maximum timed length of three minutes.