Top 10 Chess Games for Android in 2022!  The goal of the game is to checkmate (threaten to capture) the opponent’s king. Chess was invented around the 8th century in India. The name was changed over the centuries by the Arabs, Persians, and, finally, medieval Europeans, who changed the names and appearances of the pieces to resemble the English court. A two-player game in which each player moves 16 pieces across a checkerboard according to predetermined rules in an attempt to trap the opponent’s king. More on chess from Merriam-Webster.

The goal of the Chess Game

The goal of the game is to checkmate (threaten the opponent’s king with unavoidable capture). To learn the rules of the game, you should probably start with some basic lessons on chess.com.

The General  Rules of Chess

White is always the first to move, and players alternately move one piece at a time. It is necessary to move. If it is a player’s turn to move and he is not in check but has no legal moves, the game is called a “stalemate,” and it ends in a draw. A piece may not move over or through any of the other pieces, with the exception of the knight. When a king is threatened with capture (but has the ability to defend himself or flee), this is referred to as a check. If a king is in check, the player must make a move that eliminates the threat of capture, and the king cannot be left in check. Checkmate occurs when a king is placed in check and no legal move to escape is available. The game is over when the king is checkmated, and the side whose king was checkmated loses. Chess for kids would be a fantastic way to help the child improve his thinking skills through the use of chess strategies. To schedule an evaluation session with one of our experienced chess coaches, go to our affiliate chess online lessons website. 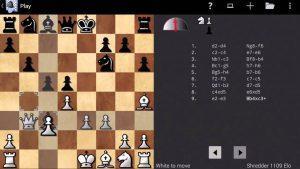 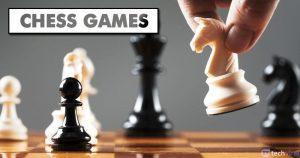 Chess (by AI Factory Limited) is the most popular paid chess app on Android. You can also play the game online. You can select from a variety of 2D and 3D chess boards. You can also go back and review your previous game.

The good news is that you can now play Chess whenever you want and wherever you want. There are numerous Chess games available on the Google Play Store that allow users to play chess against the computer or against real-time opponents. This article will provide you with a list of the best Chess Games. There is no mobile app, but chess can be played in a mobile browser. If Lichess or Chess.com feels too much like a chess bazaar, and you’d prefer a chess app with a smaller, more casual community, SocialChess (available for iOS and Android) is a good option.

Users can play online chess anonymously or sign up for an account to play rated games. Lichess’ software is also clean and bug-free; it does not lag, whereas chess com’s lags significantly. 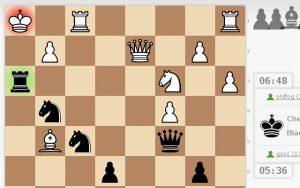 Look no further than Chess Free for a free chess game to play on your Android smartphone. It’s a free Android Chess game with multiple game modes.

This app provides you with insider chess knowledge by presenting you with puzzles to solve. There are several levels to choose from, so you can use this app regardless of your level of expertise. The puzzles are updated on a daily basis to keep you interested in the app.

Puzzles are a man-made concoction that will not improve your chess ability or understanding. You should spend your time studying or playing chess. Doing puzzles improves your tactical intuition. In other words, it enables you to recognize more patterns and do so more quickly.

Play Magnus is a commercial computer chess mobile app available for iOS and Android devices. The software is named after World Chess Champion Magnus Carlsen and includes adjustable difficulty levels for chess players of all levels of ability. Chess can be played or studied whenever you want – for free! It has been available since 2014 and is developed by Carlsen’s Norwegian company, Play Magnus AS.

Chess app with beautiful graphics Dedicated to all chess enthusiasts! This app takes the classic chess game to a whole new level. With advanced 3D graphics, you can experience the full splendor of interacting with a virtual chess set. Choose whether to play against AI or against human opponents. This is a classic Android chess game with advanced 3D graphics. You can play the game with AI both online and offline. 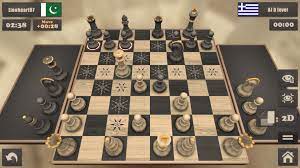 The chess game from Chess Prince is one of the most traditional board games available on the Google Play Store. It’s a simple chess game that can be played online or in local multiplayer. Chess prince presents you with the best chess game Android in 2022, which is a board logic game with beautiful graphics and progressive levels. This is a fantastic board logic game that will help you improve your skills in areas such as strategy, tactics, and visual memory.

Chess Prime 3D supports both ‘one player and ‘two-player gameplay, allowing you to play online with friends or millions of other players around the world, or against a challenging computer opponent with adjustable difficulty level. Alternatively, you can simply play with a random player. Real chess 3D is available for free download, so get it now.

Chess Tactics Pro differs slightly from the other Chess games listed in this article. There are numerous chess puzzles in the game, forcing you to test your skills and learn new strategies. There are many daily puzzles (requires internet), offline puzzle packs, and other features in the game.

This is yet another excellent chess game for Android, developed by Italic Games, and it is the best-designed chess game with online multiplayer. 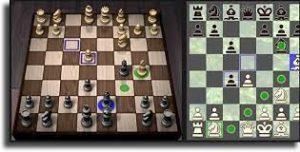 So, these are the Top 10 Chess Games for Android in 2022, which will assist you in developing skills such as strategy, tactics. Playing all of these chess games will put your mental and strategy skills to the test. If you know of any other similar games, please let us know in the comments section.