TOP 3 ALTERNATIVES TO CANDY CRUSH SAGA: Candy Crush Saga is a free-to-play match-three puzzle video game that was first launched on Facebook on April 12, 2012, and then ported to iOS, Android, Windows Phone, and Windows 10. It’s a spin-off of their popular internet game Candy Crush. The spin-off of the original Candy Crush game and was created by King (also known as King.com). With 405.6 million average monthly users in March 2013, the Saga topped FarmVille 2 as the most popular game on Facebook. Both iPhone and Android versions of the game are available. It is widely regarded as one of the first and most popular freemium games; while the game can be completed without paying money, players may purchase extra actions to assist them in clearing more tough boards. 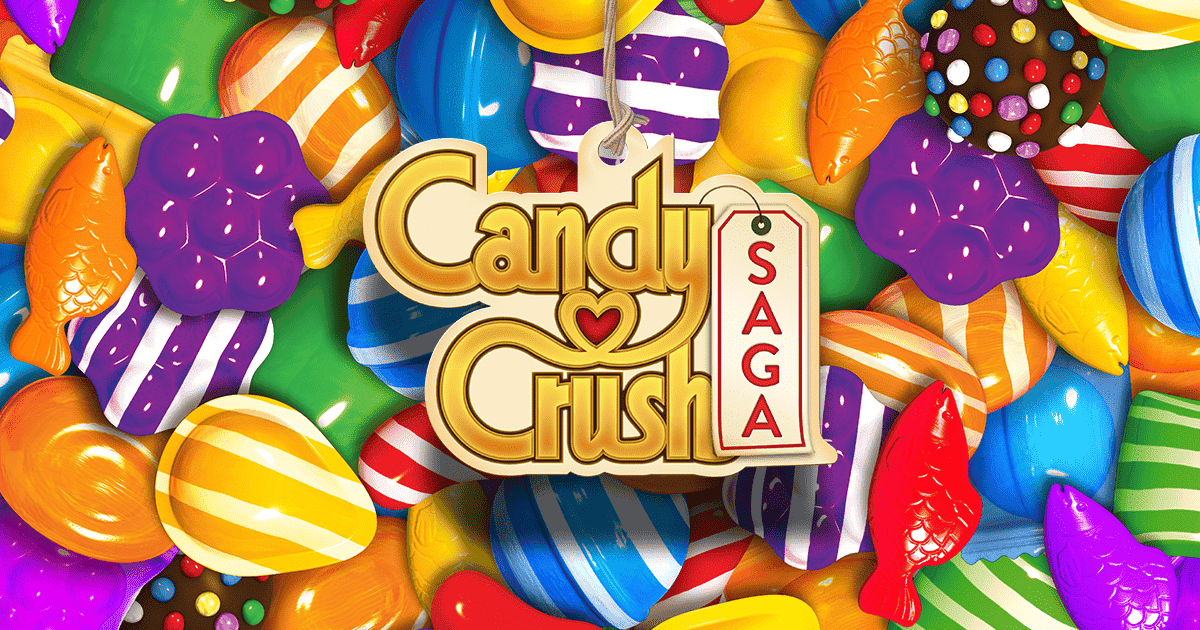 It takes place in the amazingly delicious Candy Kingdom. It is here that we meet Mr. Toffee, the proprietor of the Candy Store in Candy Town, who is both eccentric and incredibly knowledgeable.

Mr. Toffee entered his wonderful business one lovely day in Sweet Town to find a small candy bag on his porch. To his delight, he discovered a small bundle of sweetness named Tiffi inside the sack, so he took her in and raised her as his daughter.

Tiffi is a sweet young lady who has many friends in Candy Town, but she is eager to learn more about the fascinating kingdom. She sets out to explore the Candy Kingdom with her wonderful buddy Yeti, under the watchful eye of Mr. Toffee.

Her amazing journeys take her to a variety of beautiful locations, including the lovely Peppermint Palace, the lickable Lemonade Lake, and the lovely Gingerbread, to mention a few.
She stops to aid some odd folks and meets even odder animals along the road, including the mischievous Bubble-Gum Troll, who is out to wreak havoc in the Candy Kingdom.

As you progress, mix and match sweets in three or more combinations to get points and other incentives. When three or more candies of the same color are placed adjacent to each other, they will burst, awarding you points. The goal is to rack up as many points as possible in order to earn one, two, or three stars.

In December 2012, the game had over ten million downloads.
Candy Crush Saga is extremely popular on Facebook, with over 70 million likes on the app page. It is the most popular Facebook app and the most profitable app in the Apple and Google app stores. Psy’s song video “Gentleman” features an appearance from the game.

The game has gotten a lot of press in Hong Kong, with reports that one in every seven Hong Kongers plays it, that a city bus driver was caught playing it while on the job, that it can help or hurt interpersonal relationships, cause neck strain from poor posture while playing, and even cause anxiety in those who can’t pass a level.

It had a limited launch in June 2014, but only in a few regions. The game was distributed globally on Facebook four months later and was officially available for all mobiles – Android and iOS – three weeks after the global debut of Facebook. According to a March 3rd, 2017 article on King.com, the developers planned to transition Flash to HTML5 in order to provide faster access and better service. On June 28 of the same year, that version of the game was made available to all Facebook users. The flash version of King.com has been displaying a black screen and not working if you are in later levels (above 1600), but this was fixed in late March 2018. HTML5 is still not widely used on the internet.

Candy Crush Soda Saga is a game that you may play online. It’s a new effervescent adventure that will fulfill your thirst for adventure right away! In this brand new game, join Kimmy as she searches for her sister Tiffi, complete with new candies, modes, and challenges to put your puzzle-solving abilities to the test. It’s a Sodalicious treat!

In this tasty puzzle adventure, you’ll switch and match your way through new levels of gaming. Set off on an adventurous trip across the mystical Kingdom to uncover the Candy World’s hidden mysteries. Take on this challenge by yourself or with others to see who can achieve the greatest score. Although this game is free to play, some in-game goodies, such as extra moves or lives, will cost purchase.

There are seven level types in Candy Crush Soda Saga, however, an eighth kind was eliminated shortly after its release.

Interestingly, when compared to other King games, Candy Crush Soda Saga has the most distinct level kinds.

Jelly is here to stay, and it’s spreading quickly. This Saga game is a fantastically difficult game. Enjoy all of the sweet candy game fun, including new candies and exciting new features. Is it possible to defeat the Jelly Queen? Will you be able to apprehend the bad Pufflers? Play now to assist Jenny in rescuing the Yeti.

The wriggling, jiggling Jelly Queen is a new player in town, and she’s come to challenge you to a game of Candy Crush Jelly Saga! You’d best hope your favorite moves are Jellylicious enough to take on the formidable Jelly Queen. The game that can’t be stopped. It introduces a slew of new game modes, features, and monster battles starring the Jelly Queen! You can show off your Jellylicious talents and take turns exchanging Candies against the jiggling Jelly Queen while playing as Jenny. Every tasty motion will spread more Jelly, and the player who spreads the most wins the level.

The Candy Kingdom also has some fantastic new Candies, a fantastic new booster, and a gorgeous treetop realm to discover.
Play this fun Saga by yourself or with friends to see who can obtain the greatest score. Candy Crush Jelly Saga is 100% free to play, but gold, which can be used to purchase extras like more moves or lives, requires real money.

There are 6 types of levels in Jelly Saga.

Jelly Levels: The player is allowed a certain amount of movements to spread the jelly throughout the entire board before time runs out.

Jelly Boss Levels: It was first introduced at level 4 (before March 2017), however, they are currently at level 101. (after March 2017). Jelly Queen, a new foe. The player is given a certain amount of moves in which to clear the board of all Jelly Queen’s jelly (green jelly). The player will fail and have to replay if she removes all of Jenny’s jelly (red jelly).

Puffer Levels: It was first introduced at Level 6. Puffler is a brand-new monster. The player is granted a certain amount of movements and must collect all pufflers before the icing cracks and the player runs out of moves.

Monklings Level: Introduced at Level 121. The player has a limited amount of movements and must acquire all monklings before they run out. They must, however, gather the orange candies necessary by the game in order to create monklings and get them below the candy string.

Monklings Boss Levels: First introduced at Level 141. Liquorice Larry, a new foe. The player is given a fixed amount of movements and must acquire all of the requisite monklings before they run out. To do so, the player must complete monkling levels in the appropriate order; nevertheless, Liquorice Larry will create his monklings using cyan candies. If Liquorice Larry gathers more monklings than Jenny, the player will fail and have to start again.

The gameboard is fairly similar to previous ones, but when you match three or more blocks, you obtain adorable critters that fall from the top of those blocks. It’s a free candy crush apps alternative when the animal reaches the ground. As a result, aim to keep it pet-free.

The puzzles in Pet Rescue Saga are made up of stacks of colored blocks. When you tap two or more blocks of the same color, they will vanish, and the remaining blocks on the board will fall down to fill the now-empty area. The higher the point value of the play, the more blocks cleared in one move.

As the animals flee the Pet Catchers, they occasionally become caught on these massive heaps of blocks. It’s your mission to save stranded pets by matching the blocks beneath them and bringing them safely to the ground in the levels featuring stranded pets.

Other levels need you to simply match blocks until you reach a specific percentage or score. The game awards you a one to three-star rating at the conclusion of each level. If you want to push yourself, shoot for three stars on each level.
These puzzles are simple to learn but challenging to master. Every move alters the board, and predicting the outcome of each move requires considerable expertise.

Although Candy Crush Saga is a fun and addictive game to play, the games listed above are equally entertaining and enjoyable ways to pass the time.