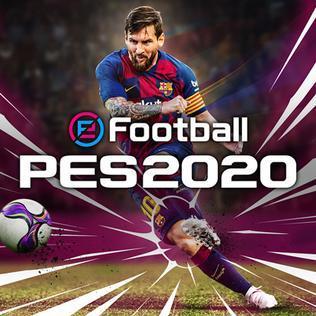 Why has PES been renamed to E-Football?: In a big shakeup in the world of console sports video games, Konami has announced that its long-running PES soccer series is changing names to become eFootball. Not only that, but the game will now be free-to-play in the future and will shift to a digital-only model, building on itself over the years instead of offering separate games.

As a free-to-play game, eFootball will grow and evolve over time with new content updates. You can see the roadmap below the reveal trailer. This includes new modes, cross-play support, tournaments, and other new systems, all of which will be delivered over time.

A lengthy reveal trailer has also been released, showing more of the game and the motion-capture process. We also learn that eFootball runs on Unreal Engine, which is yet another shift for the series. As a free-to-play title, eFootball will presumably be supported by a microtransaction system, though Konami has not yet spoken about this.

It’s a major move for the football series (now called eFootball globally, rather than PES in the west and Winning Eleven in Japan), and it’s been matched with a shift from Konami’s FOX Engine to a custom-built new engine created with Unreal 4. Crucially, it appears that all versions of the game, from new-gen consoles to mobile, will be functionally the same (not unlike Fortnite) – presumably meaning that the hugely successful PES Mobile will also be phased out or replaced.

Speaking to IGN, series producer Seitaro Kimura explained that eFootball is aiming to take a ‘platform’ approach with regular updates – there will no longer be annual paid releases of eFootball, but the platform will get free, yearly updates for new seasons.

eFootball will launch with exhibition matches and seemingly a selection of 9 clubs to play with (see the roadmap below for the full list). It will subsequently sell other modes as optional DLC, seemingly allowing players to pay for what they want out of their game. No mention has yet been made of MyClub, PES’ equivalent to FIFA Ultimate Team, or Master League, the series’ long-running career mode – although it seems likely that the former will be represented by an unnamed ‘Team Building Mode’ coming after release. 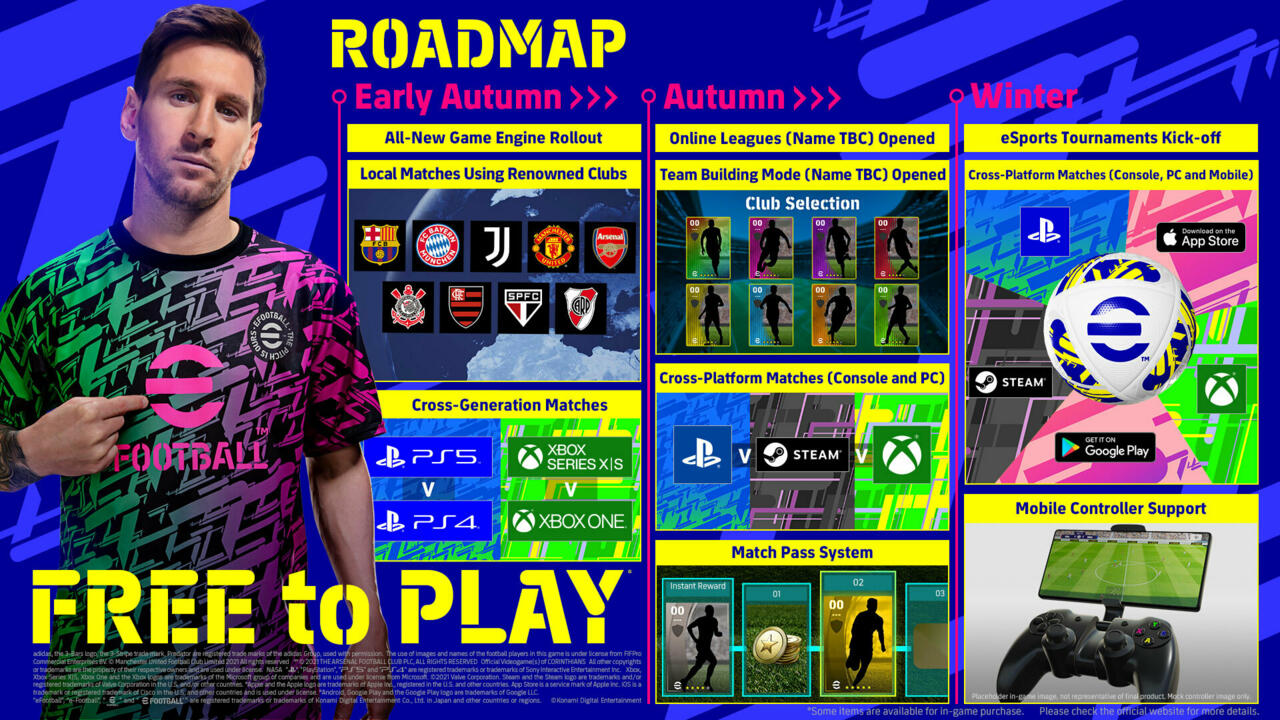 We’re still somewhat unclear on how new teams will be added to the game, and the exact breakdown of how eFootball’s modes and monetisation will work won’t be revealed until a later date. However, Konami says that the game is designed to be “fair and balanced” for all players, despite its transition to a free-to-play model – which will also seemingly include Battle Pass-like unlocks called Match Passes.

While a lot of eFootball’s approach is a shift from PES, IGN can confirm two returning elements: Peter Drury and Jim Beglin will continue as English-language commentators, and the much-loved Option Files (which allow players to customise much of the game, including unlicensed teams, and share those files) will be available – although support will be added post-launch, and we’re still unclear on how they’ll be implemented, or whether they’ll come to Xbox platforms for the first time.