How to Dance in PUBG Mobile! This article will teach you how to dance and add new emotes to PUBG Mobile. When it comes to making your character dance in the Playerunknown’s Battlegrounds mobile app, these are the best steps to take:

PUBG Emotes have arrived on Xbox and PS4, having previously appeared on both the live and test servers on PC. Here, we’ll go over the entire PUBG Emotes list, as well as explain how to use emotes in PUBG now that they’re all live in the game.

How to Use Emotes in PUBG on PC, Xbox One, and PlayStation 4 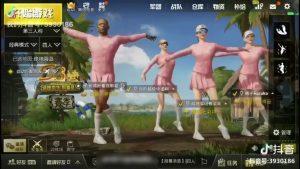 It’s thankfully nice and simple, and thanks to its implementation as a wheel, you can use all of the Emotes while keeping your hands on the mouse. To bring up the wheel on Xbox One, press LB and RB at the same time. To bring up the wheel on the PS4, press L1 and R1 at the same time. Simply point your mouse (or right analog stick) in the direction of the dial and click when the emote you want to use is highlighted. Alternatively, on PC, all of the Emotes are numbered, so you can simply press a number to avoid having to move your mouse.

Emotes can’t be used to change perspective, peek around corners in first-person mode, or do anything else – they’re purely cosmetic and, thankfully, have no effect on gameplay.

How to Perform a Dance

1) Dancing is simple: when you’re in the game, tap the smiley icon at the top of the screen (next to report).

2) To make your character dance, tap on one of the four emoticons. You have four options at the start: wave, kiss, clap your hands or silence the audience. 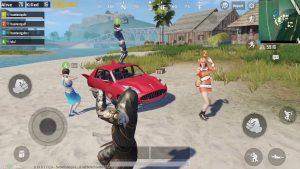 How to Include New Moves

1) It’s as simple as that: Your RP (Royale Pass) ranking must rise. You can improve your pass by playing frequently or by purchasing your RP rank.

2) At the following level, you can unlock new Dance in PUBG Mobile and emotes:

The emote system, which was introduced in the PC 1.0 version #7 update, is a new way of communicating with your fellow survivors that do not involve voice chatting. Currently, there are 12 emotes to choose from. The emote wheel can be accessed by pressing the [‘] key in-game (above the Tab button). In PUBG, there are twelve Emotes, numbered from 0 to 9, with the final two tagged to the + and – symbols. Here’s a rundown of each of them: 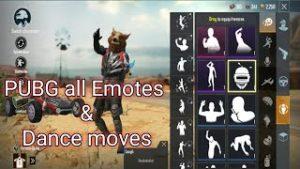 How do I unlock all of the PUBG emotes?

Simply go to Inventory and remove all unnecessary items to obtain some Free Silver Fragments. You’re still out of Silver Fragments to try this other trick, but you can still unlock PUBG mobile emotes for free. Go to the SHOP, then to the BP Shop; you should now see a Silver Fragment symbol. 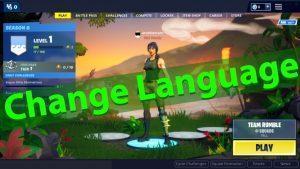 How do PUBG emotes get created?

These are captured using motion capture, with a person wearing sensors performing the Dance in PUBG Mobile. These motions are then transferred to the characters in the game. It may appear strange when viewed side by side, but that is the reality.

How do I get my hands on old PUBG emotes?

In the PUBG game, there are two ways to obtain emotes. They can be purchased in the game store for UC. Emotes can also be obtained by regularly playing the game and completing the Royale Pass missions (both daily and weekly). Completing the challenges raises your RP rank, which unlocks new emotes in the past.

BGMI has how many emotes?

Every player is given three emotes by default (Hello emote, Flying Kiss Emote, and Clapping Emote), which can be used in both the game and the lobby. 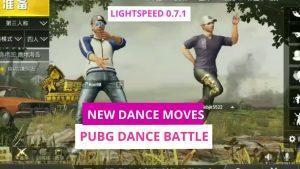 How do you get free PUBG mobile emotes?

To redeem all Royale Pass rewards, however, one must purchase the Elite or Elite Plus Royale Pass, which costs between 600 and 1800 UC. The majority of the time, players receive free emotes in the Elite Royale Pass by reaching a specific rank, such as rank 15 or rank 50. It is one of the most effective methods for obtaining free emotes.

What exactly is PUBG greet?

The game includes a plethora of emotes that players can obtain in a variety of ways, including purchasing them directly from the in-game shop or obtaining them through the Royale Pass. The ‘greet’ emote is one of the emotes that players receive by default in PUBG Mobile.